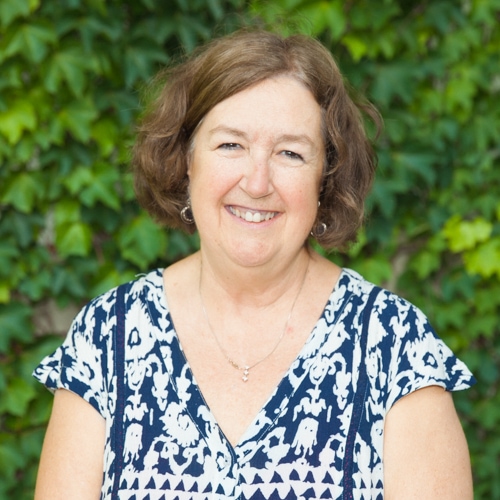 I began in the birthing business in 1985 when I became a Bradley teacher (AAHCC) in New York after the birth of my second son. My first 2 sons were born in hospitals, with certified nurse midwives. One in a birth center in Denver, and one in a Long Island Hospital.

After that, I chose to deliver my last three babies at home, two girls in New York, and one (another son) here in Illinois. My oldest son is a severely disabled special needs individual, who has gifted the whole family with his love and many lessons on Life.

In New York, I became very active in natural childbirth, attended births as an assistant, and started a childbirth circle. I was also very involved with La Leche League and Mana.

I studied herbal & homeopathic medicine, including several stays at Susan Weed’s farm in Woodstock, and some wonderful herbal conferences with Michael Tierra & David Winston. I learned how to make remedies from Rosemary Gladstar & Jeannine Parvati Baker.

After moving to Illinois, 1991, I went to Loyola’s Niehoff School of Nursing, to receive my second bachelors; a BSN (Bachelors of Science in Nursing), along with my previous BA in Anthropology from Univ. of Colorado, Boulder. For several years, I worked as a homebirth RN with Linda Graf’s (CNM), practice Women’s Health Ltd. Linda became my mentor, illustrating for me the art of patience & support for a laboring woman.

Then came midwifery school and a MS at UIC, finally becoming a Certified Nurse Midwife in January 1999. After a couple of month’s working as a homebirth CNM with Nancy Derrig, I chose to bring my skills to women laboring in a hospital setting.

The increasing risk of unnecessary intervention in the hospital setting was the stimulus for Gayle Riedmann & myself to start West Suburban Midwife Associates, Ltd specializing in waterbirth in the Alternative Birth Center rooms at West Suburban Hospital in Oak Park. Our practice grew to become very successful, delivering about 230 women a year with only an 8-9% cesarean rate.

But the simplicity and peace of a homebirth cannot be substituted in a hospital setting. I returned to practice my art and follow my heart back to home birth midwifery by starting GentleBirth Care in February 2009.

In 2013 I became privileged at the Adventist Hospitals: Hinsdale & La Grange (now part of the Amita Health Partnership); which allowed us to continue care for our mothers even if they needed to be transferred into the hospital. This provides us the opportunity to deliver women who risk-out prenatally or during labor, and continue with the least intervening options as we can, to facilitate a vaginal delivery.